Trending
You are at:Home»Teamfight Tactics» 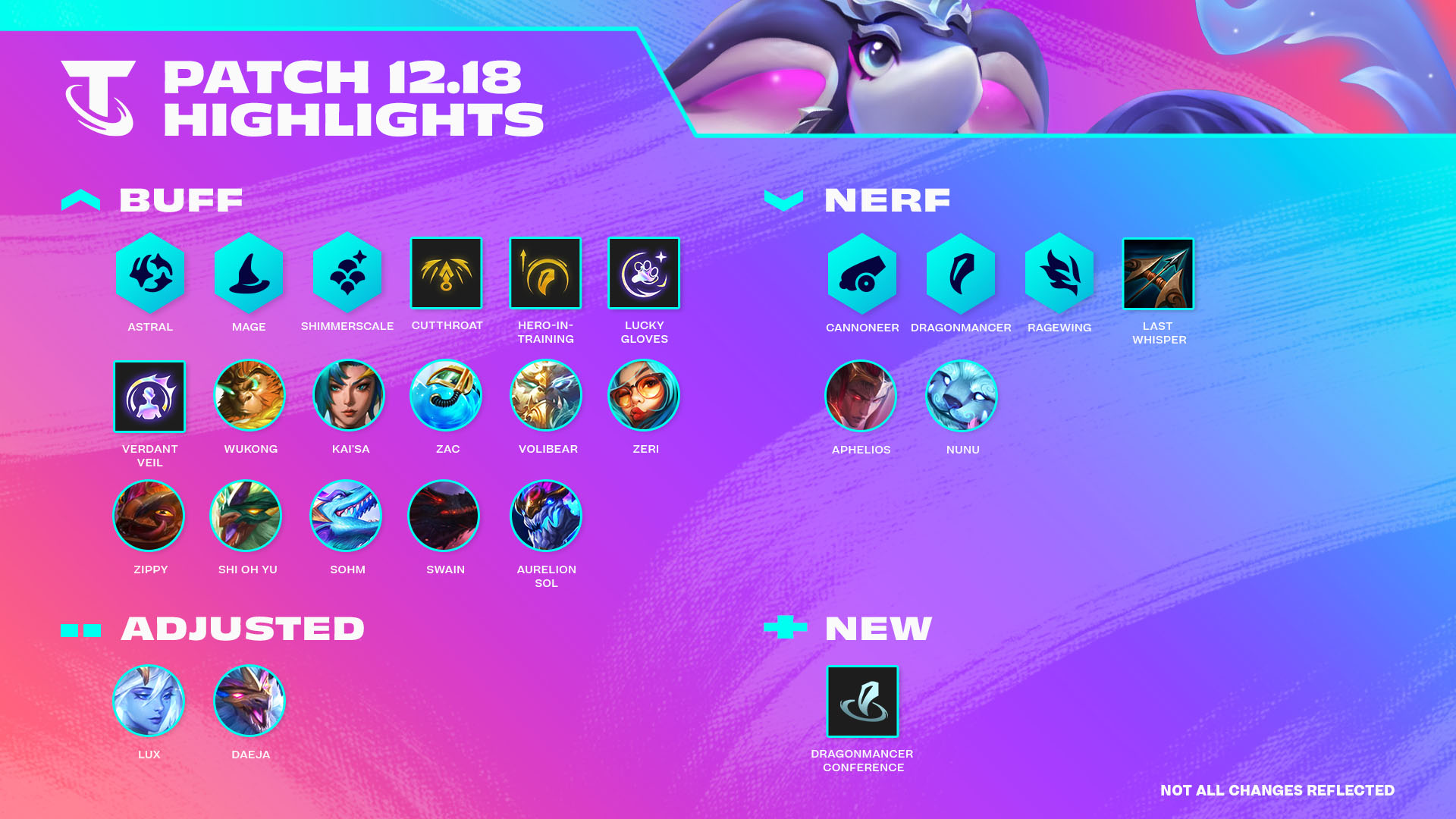 Starting this patch, you’re invited to join Pengu and Co on an adventure to chart the Uncharted Realms with the Secrets of the Shallows event! You’ll have until patch 12.20 to explore the lands of our new Origins (Lagoon, Darkflight, and Nomsy’s home) and earn free content. Learn more here. There’s plenty of personalization content to explore too! Check it out below:

SECRETS OF THE SHALLOWS EGGS

The Secrets of the Shallows Eggs (390 RP) have a 2% chance to drop Chibi Dragonmancer Kai’Sa whose signature Finisher will leave your foes wiping water (and tears) from their screen. 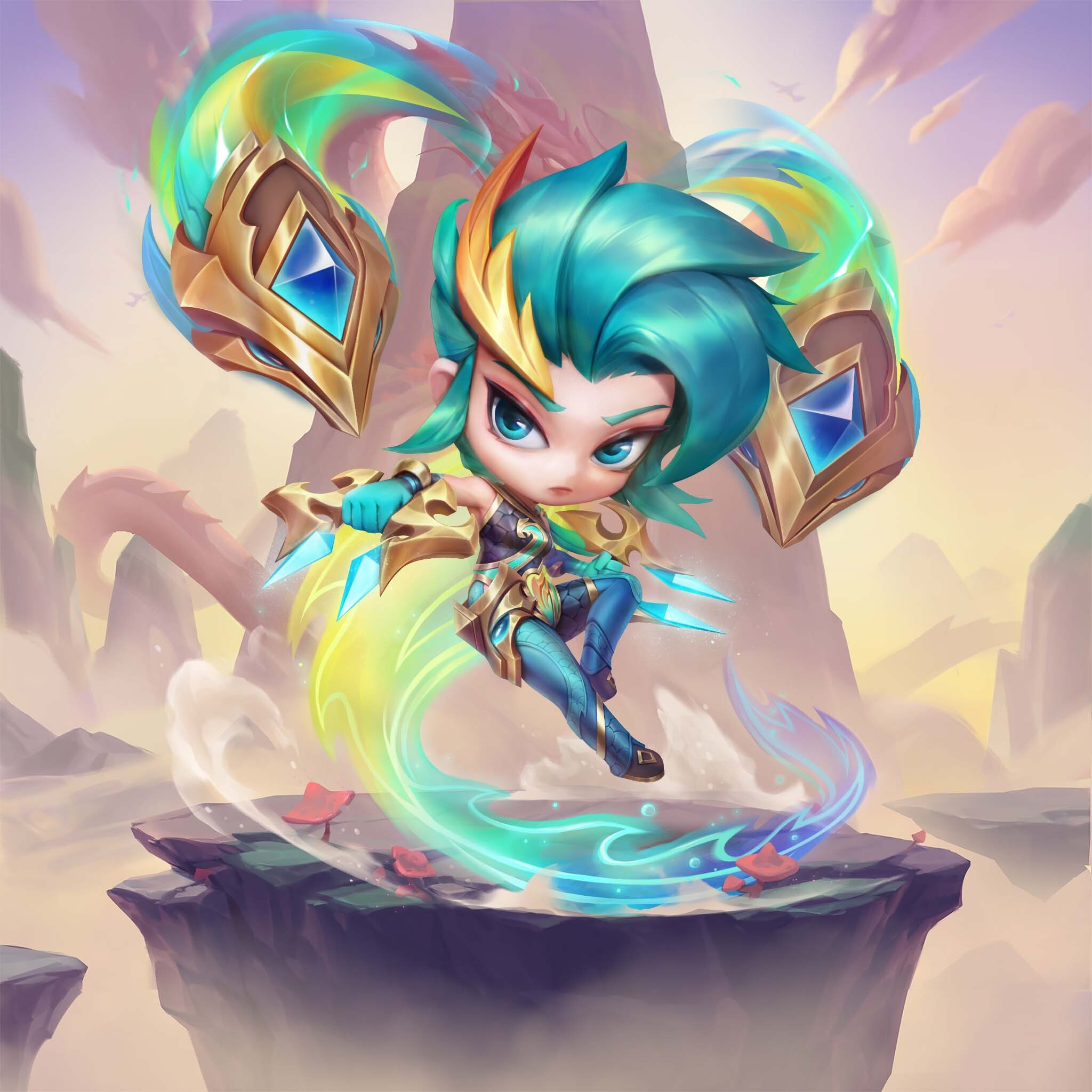 Other eggs contain new variants for Hauntling and Silverwing that are inspired by the Dragon Souls of Summoner’s Rift. These variants can also be purchased directly for 925 RP! Check out our spookiest Little Legend’s new variants: Infernal Haunting, Elder Haunting, Ocean Haunting, Mountain Haunting, Cloud Haunting. 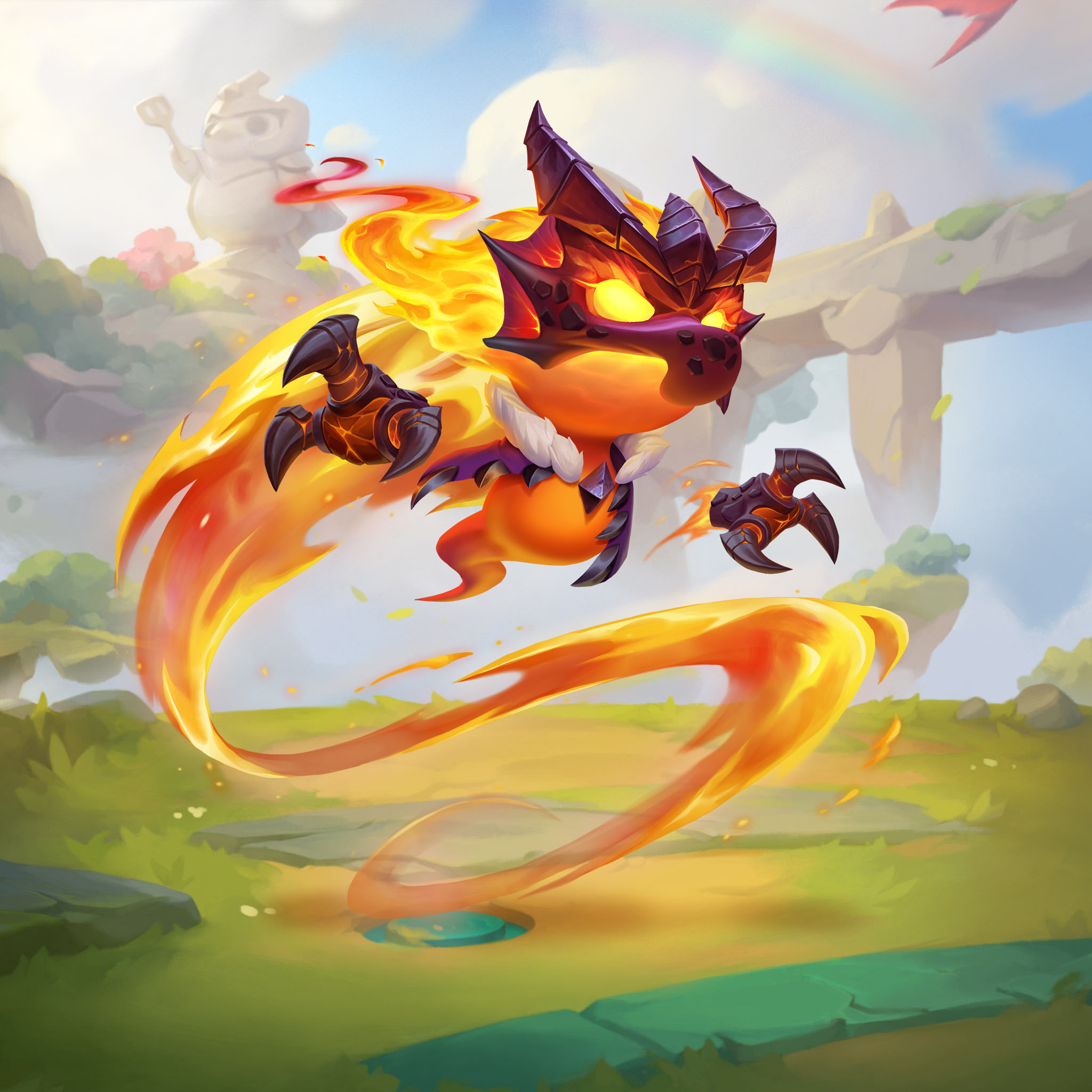 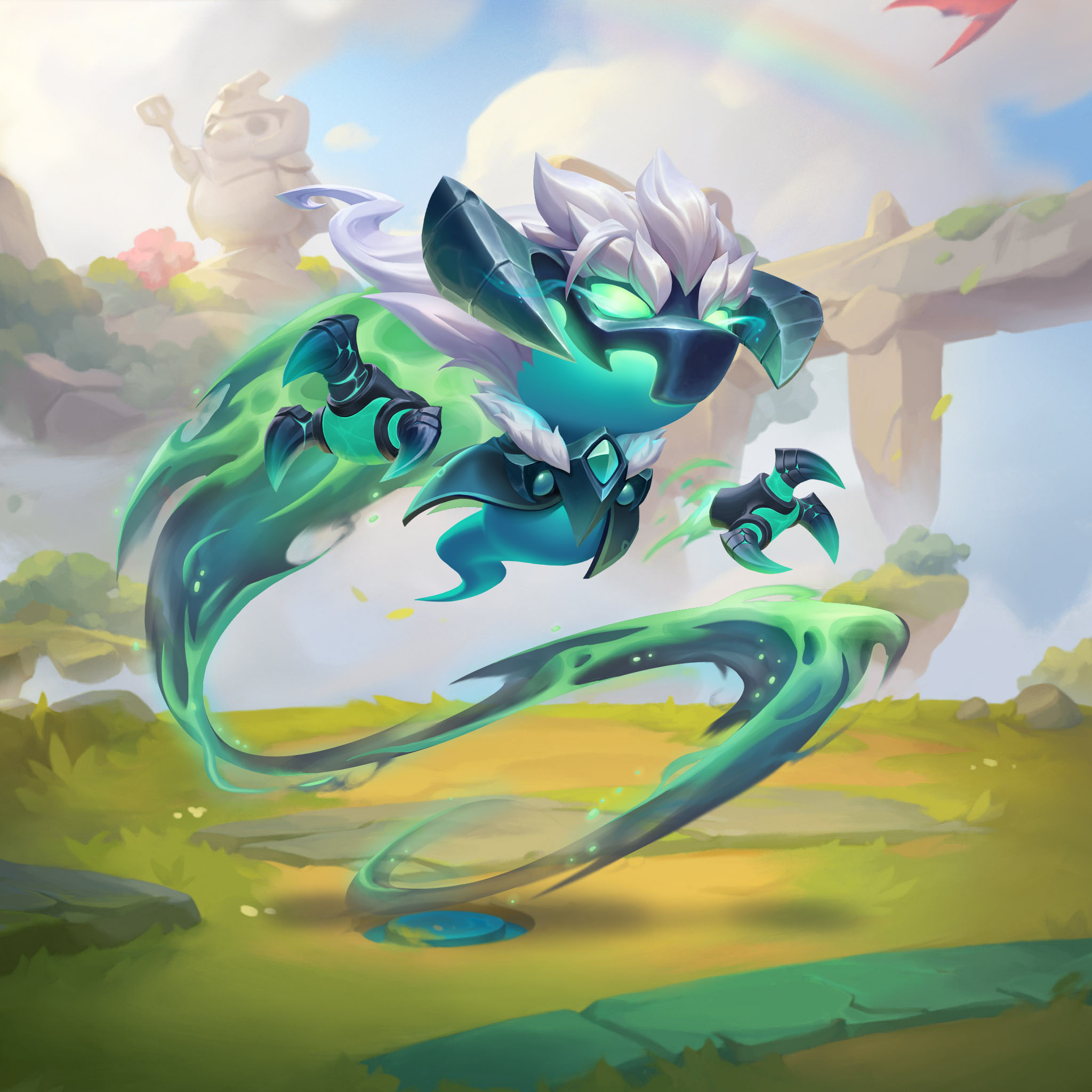 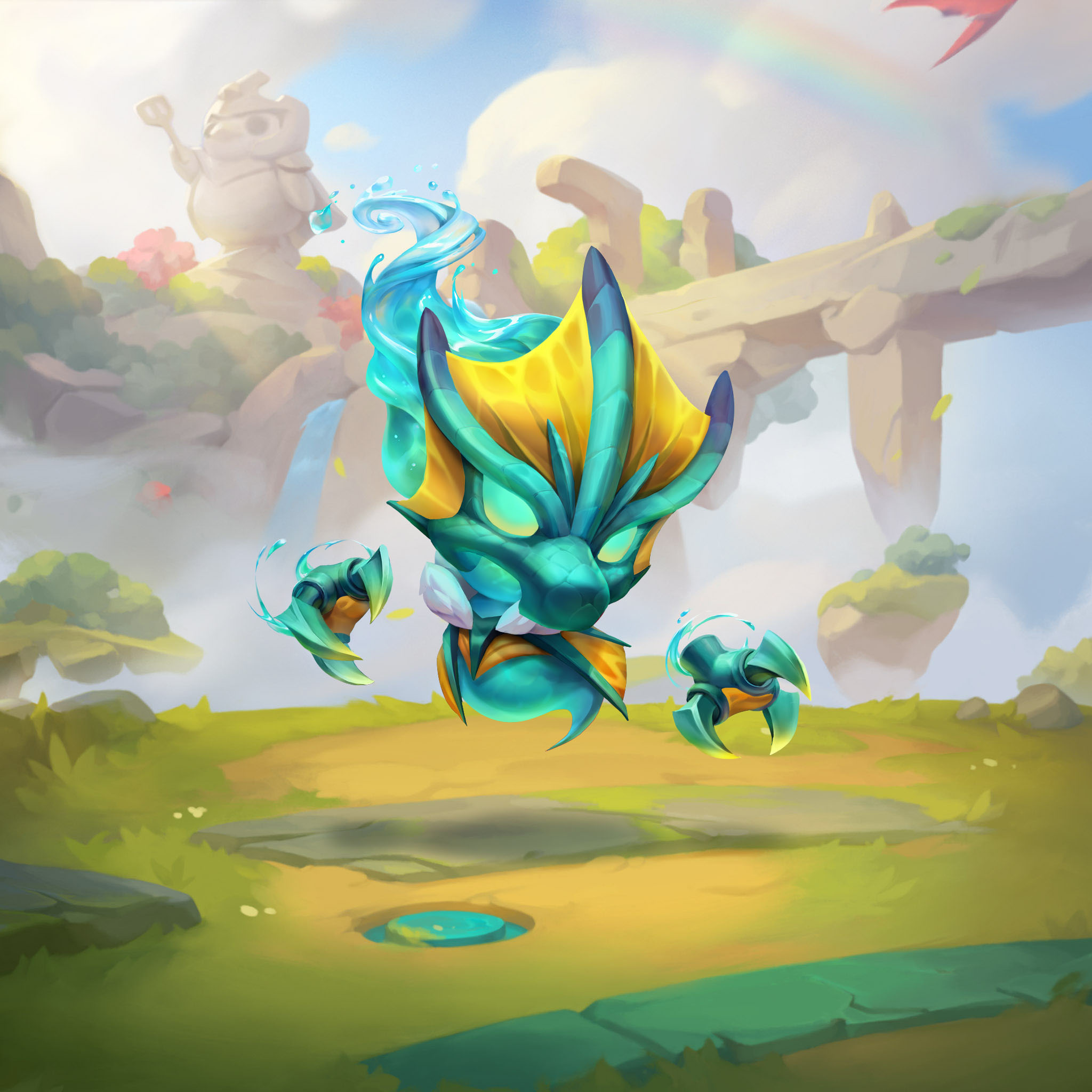 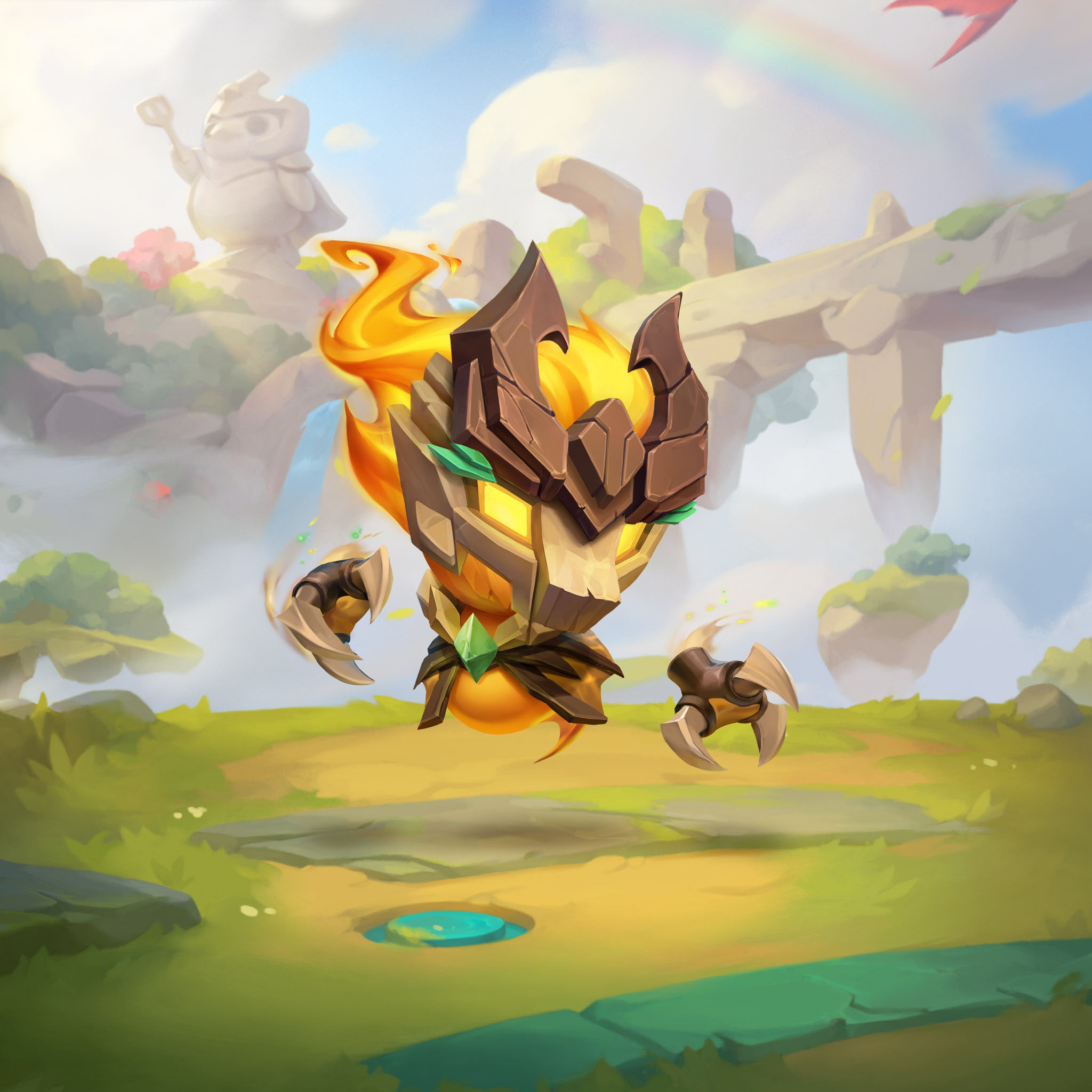 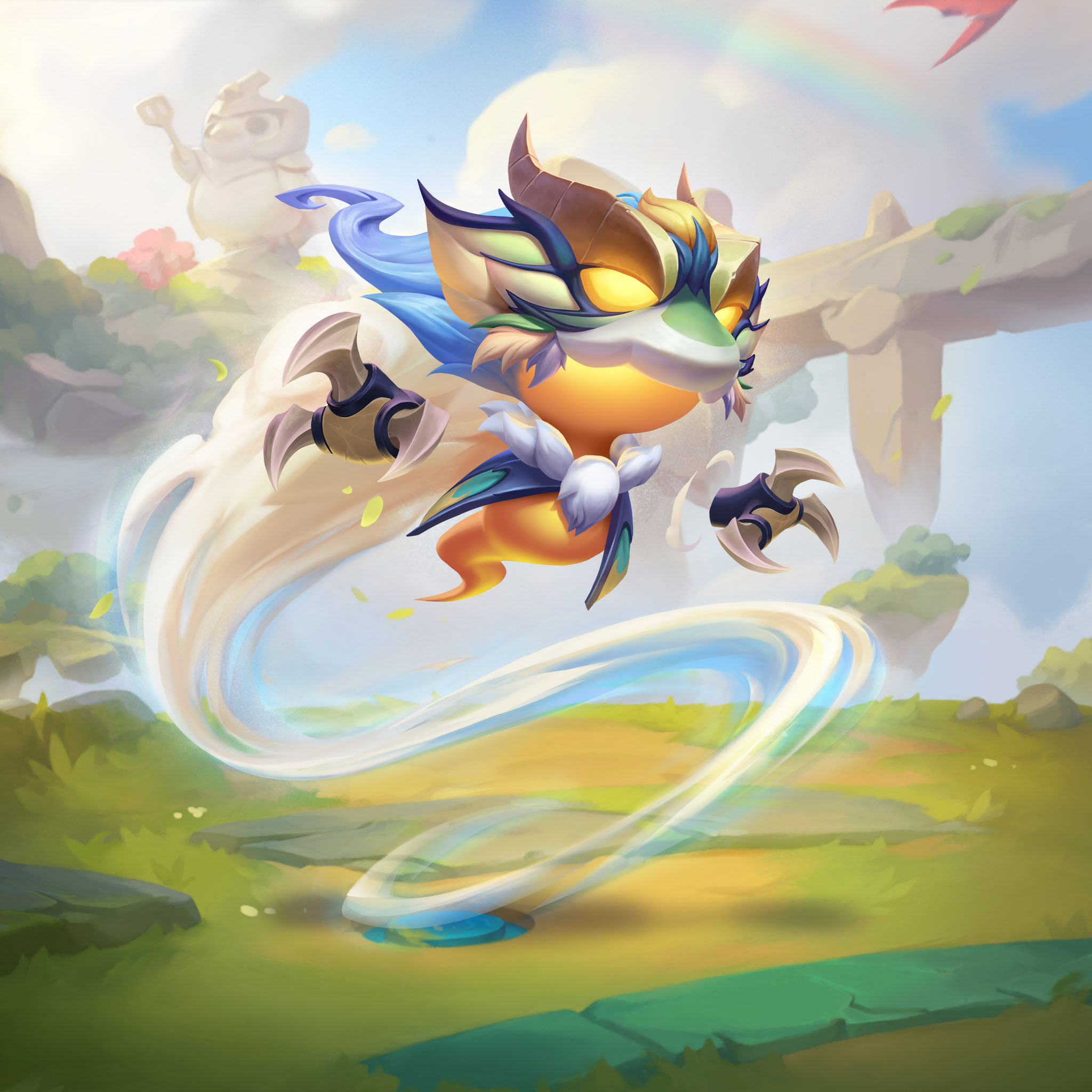 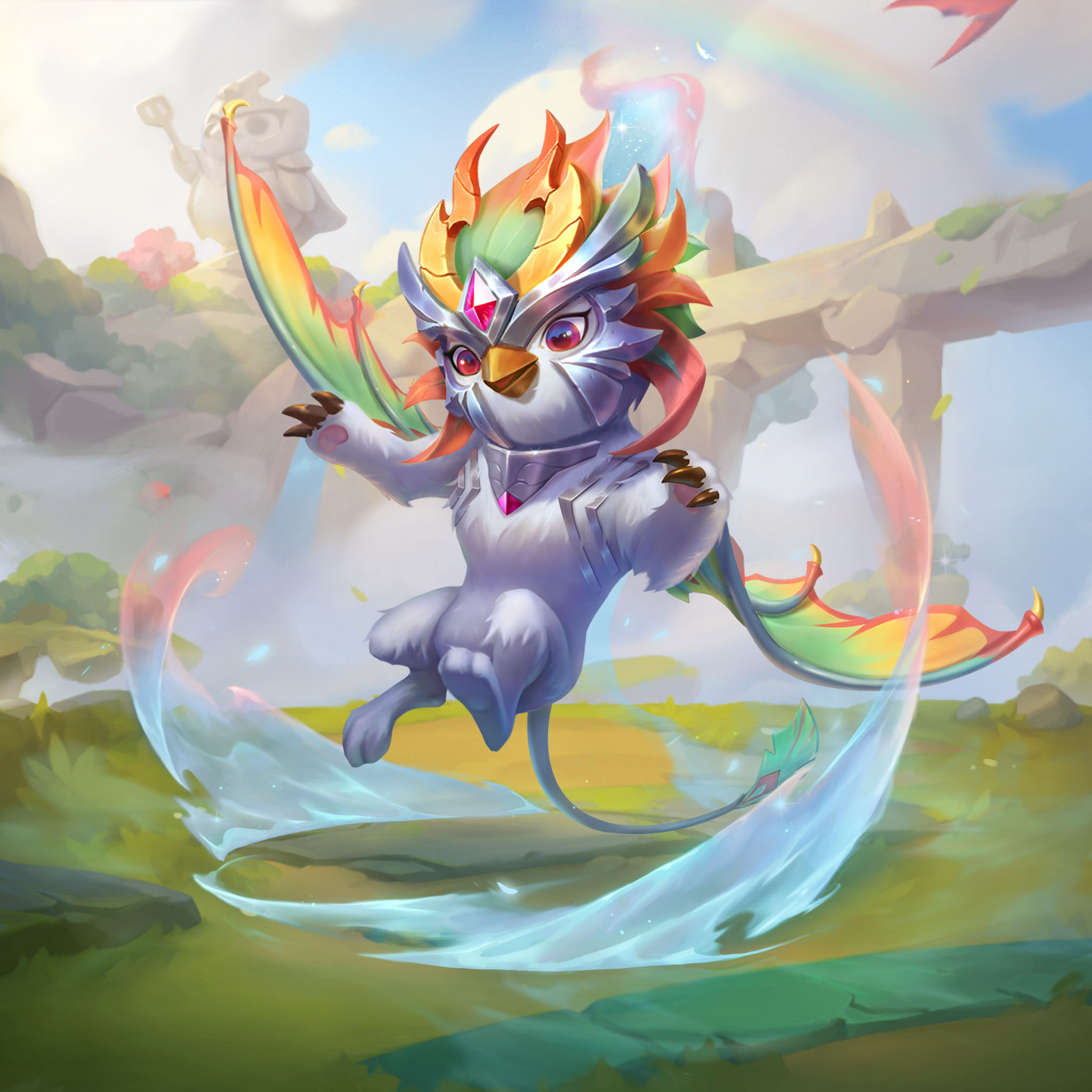 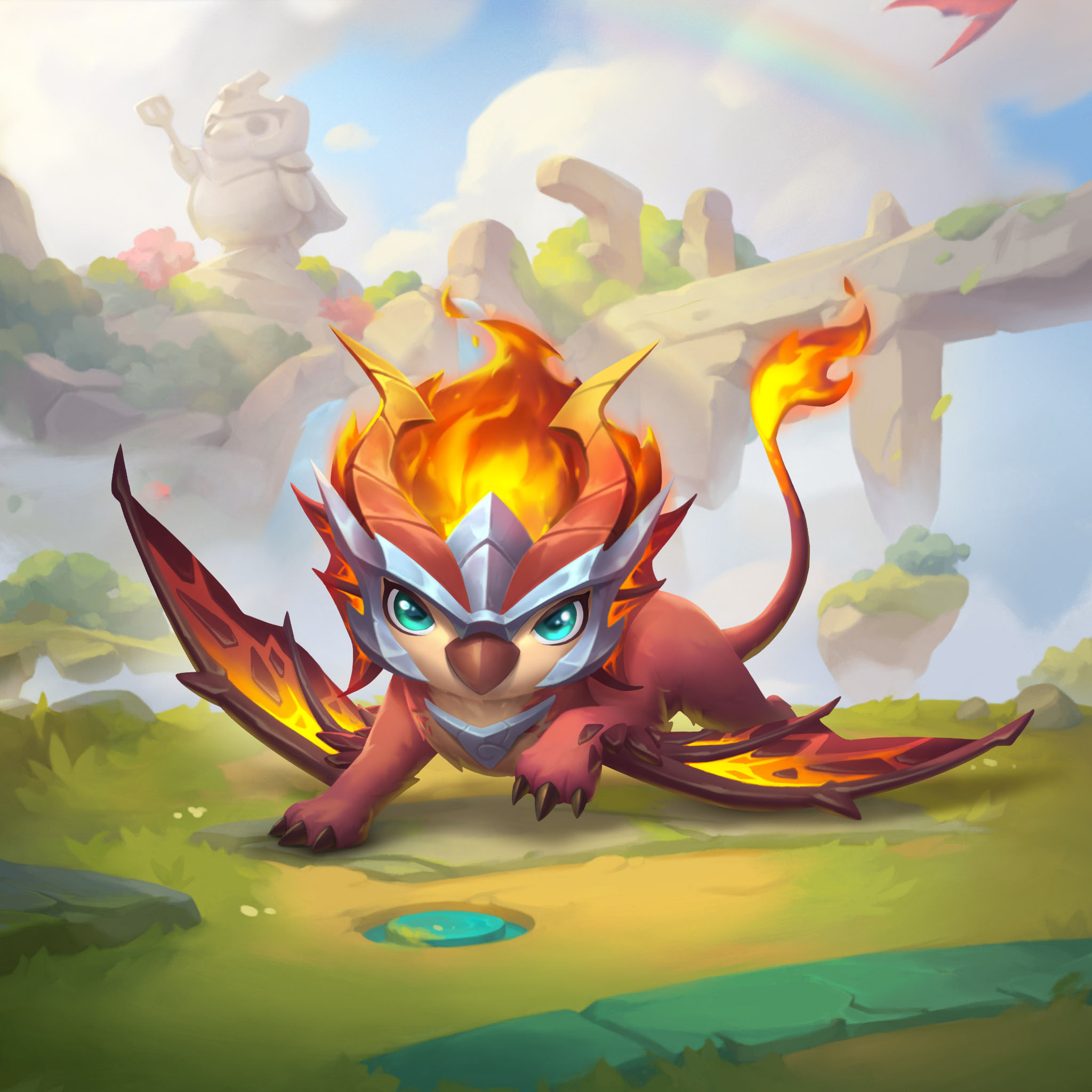 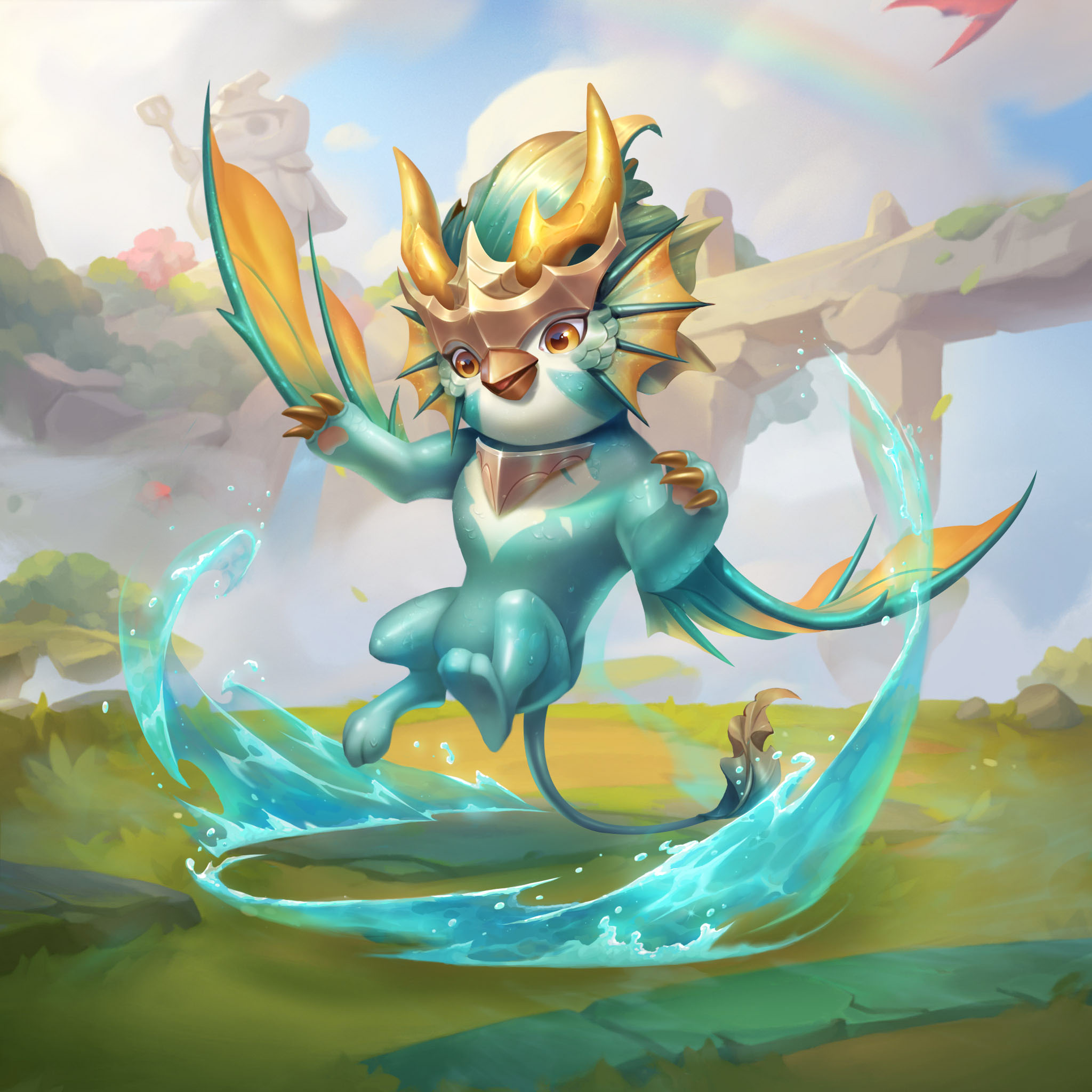 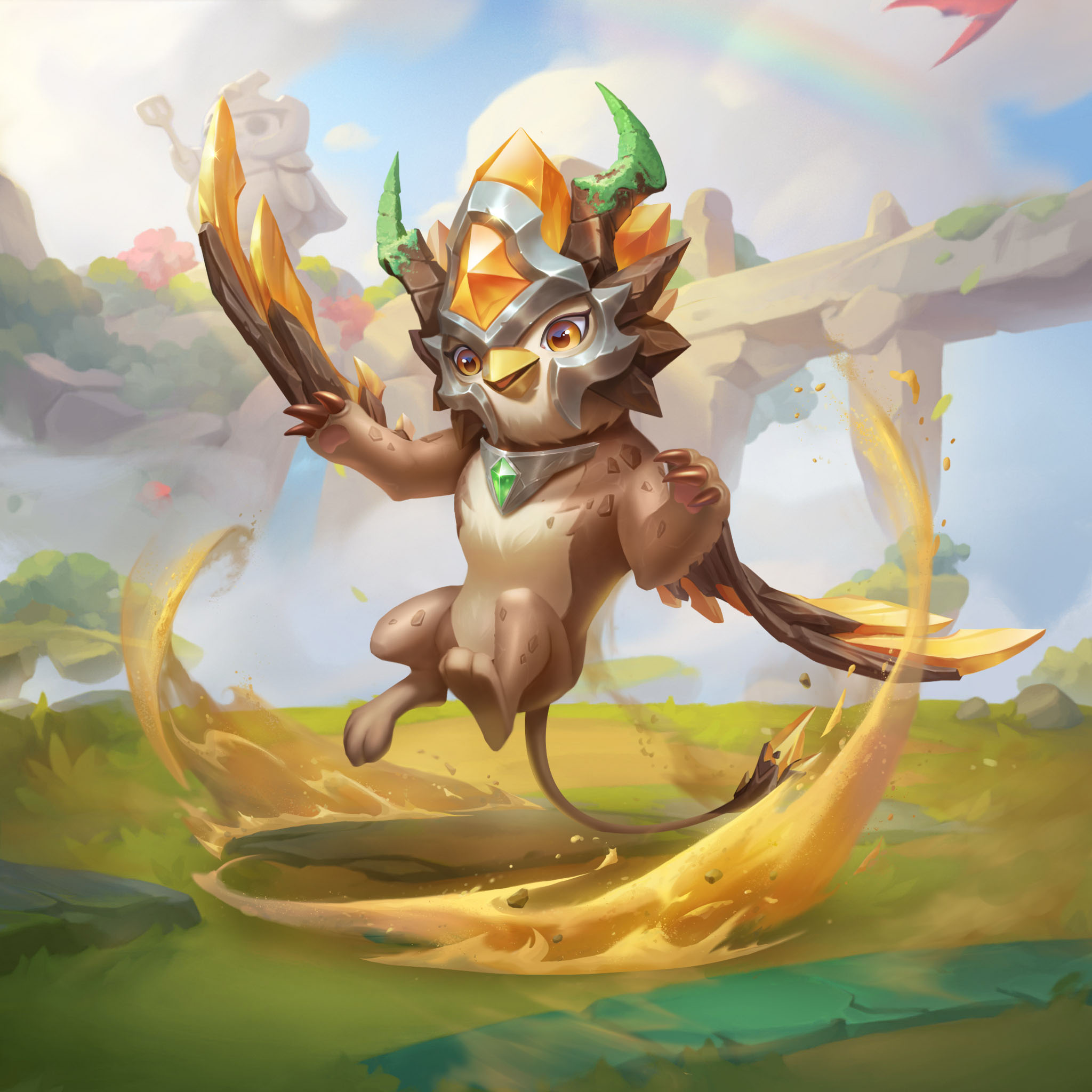 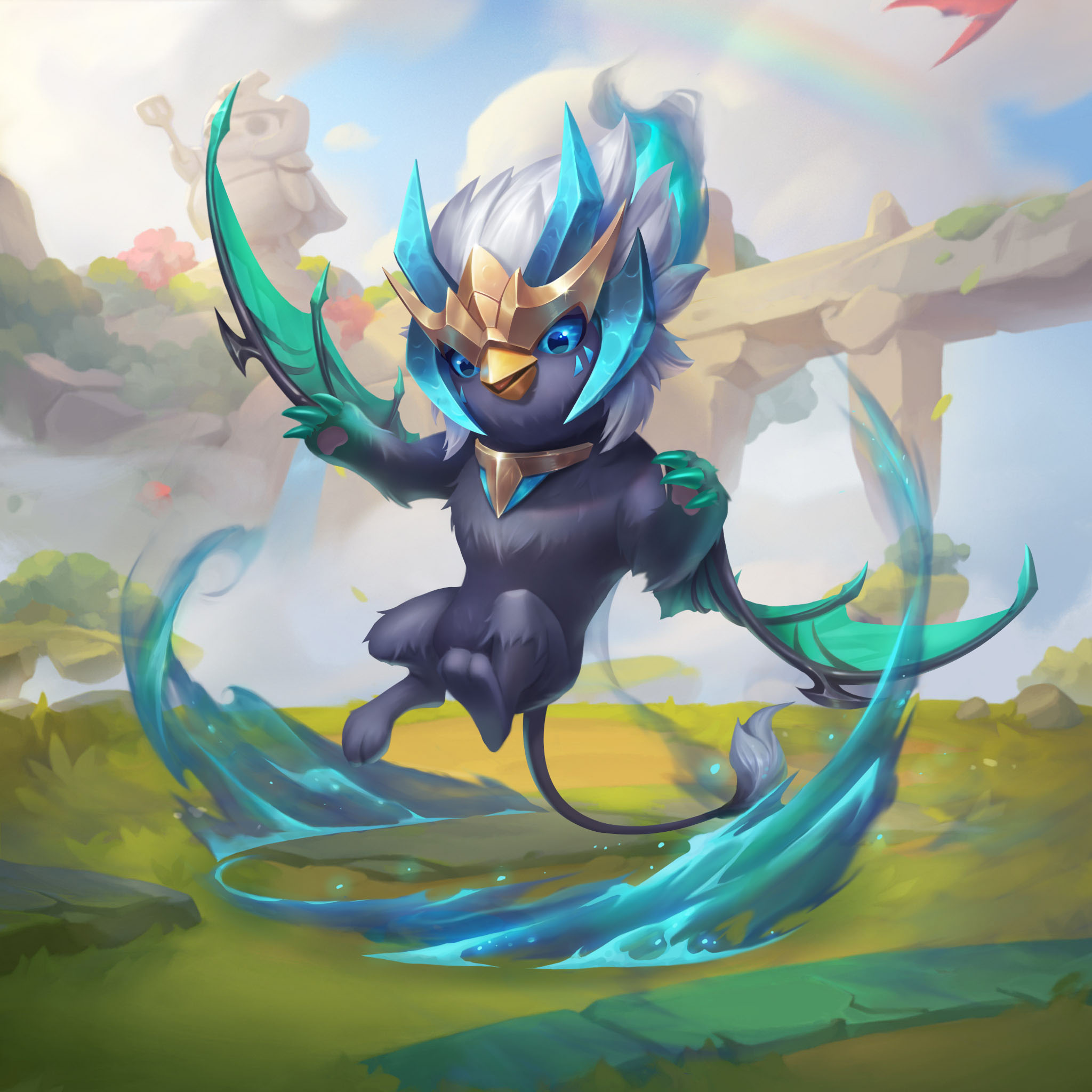 Icathian Rain? No, this is just a drizzle. Chibi Kai’Sa is available for direct purchase for 1900 RP. She comes with her own custom boom, Icathian Rain. 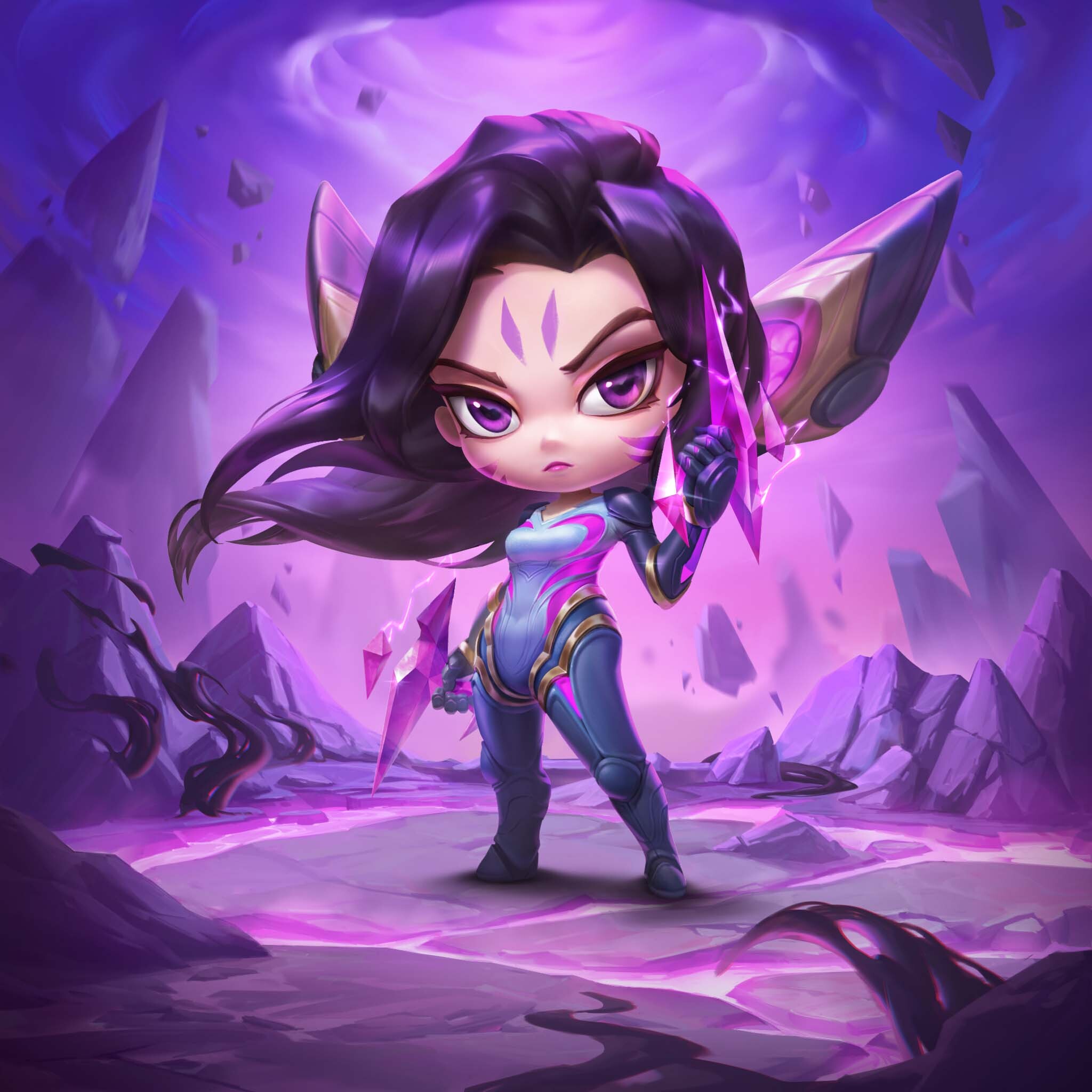 With our Astral changes, Astral orbs will improve with each and every Astral star level. We’re also using this change to buff the trait.

Cannoneer is melting everything way faster than it should, so we’re firing off a large nerf at 4, and a smaller nerf at the harder to reach 6 Cannoneer breakpoint. This is a large hit to the Cannoneer Darkflight comp that’s been overperforming, due to a huge part of Graves’s damage coming from those cannon shots.

Shimmerscale’s payoff hasn’t been high enough to warrant investing in the trait. By buffing the underperforming Shimmerscale items we not only increase the power of the Trait, but we also even out the power distribution of the items. But in case these buffs aren’t enough, we’re giving Jax some love later on.

Lagoon vertical has been struggling—and it’s not just because I am getting contested in every lobby. The comp likes to be played as a reroll comp with so many low-cost (potential) carries. To help the Lagoon-squad out, we’re shipping a series of buffs to its stars that are worth staring up!

Lux feels like a great unit to itemize, but her cast animation feels slow. We’re speeding up her cast animation which will help, especially when double-casting with Mage, but we’re also slightly dropping her flat damage as compensation for the increased casts she’s going to get with this buff.

Dragonmancer Nunu has quickly become one of the most dominant comps. In addition to the Dragonmancer trait nerfs at higher levels, these changes to Nunu should result in a meaningful hit to the comp.

Zippy has been hopping and bopping folks all over the Convergence, but he’s been a bit overstimulated and missing his mark—we’re fixing a bug with Zippy’s targeting to make his Somersault Assault victim selection more consistent.

Daeja’s attack damage was lowered to 0 to remove her synergy with the Whisper Emblem, but the Emblem was causing problems for more than just Daeja, so we yeeted it out like a rage quitter during Dragonmancer Yasuo’s finisher. With the Emblem part of ancient Dragonlands history, we’re reverting Daeja to her earlier, easier to itemize, and simpler form—call it Daejavu.

Also, we are buffing the underperforming Dragons for my favorite verticals, and Darkflight. GO DRAGONS GO!

Another buff to vertical Astral if you ask me.

Last Whisper has been the backbone for many of our overperforming Attack Damage comps.

We’re adding a lucky number (3) of quality of life buffs for Lucky Gloves to make the Augment feel and perform luckier.

Smaller, but holistically impactful changes to help bring some comps in line while letting others shine brighter.

Giving the Scalescorn less Scaling with a nerf in the form of a scorning.

In effort to make more reroll comps viable we’re taking our cheapest dates out to a buffet.

He may not need a real weapon, but he could use 5 extra Armor and Magic Resist.

Apparently it’s the World’s patch for League of Legends. They’re buffing Lee Sin cause they want to see him make sick plays, but he’s already making sick plays here so I don’t see the problem.