Trending
You are at:Home»Riot Games»Rogue Company: How To Play And Win Demolition Mode

Rogue Company: How To Play And Win Demolition Mode 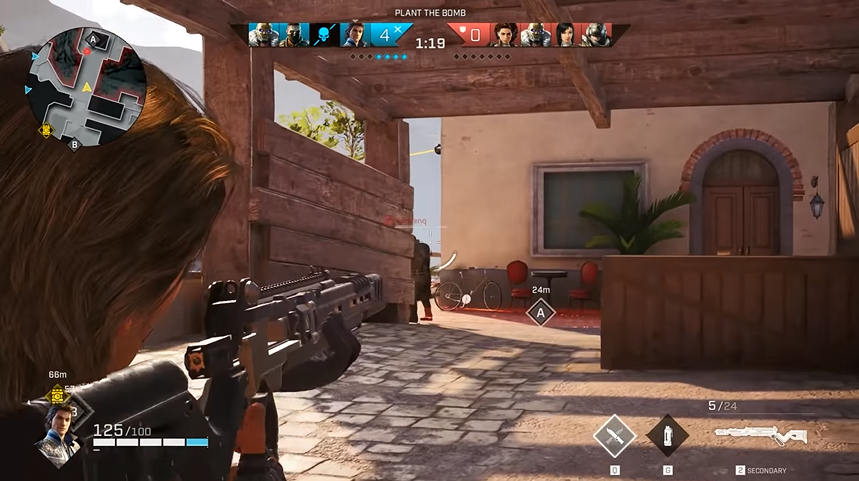 Rogue company is a fascinating game with different modes, with Strikeout and Demolition Modes being the mains. You gain access to Demolition mode when you’ve reached level 30. In this mode, you can also play ranked matches.

However, the only setback is that the Demolition mode gets tougher than in previous matches. As a result, matches can become frustrating, causing many players to back out of the game. This article contains tips that will cushion the harsh effect of the Demolition mode. Furthermore, Rogue Company ESP hack is available to help boost your winning chances.

How to play and win Rogue Company Demolition mode

Overview of the Demolition mode

Tips for playing and winning the Demolition Mode

Your chosen rogue’s abilities go a long way in determining your success in the match. Some qualities you should look out for when selecting a rogue for your Demolition mode match are aggressiveness and intel-gathering abilities. Some notable suggestions in that aspect include Talon, The Fixer, Ronin, Lancer, and Dallas.

Lancer has an ability that gives her great speed – making her an ideal rogue for the front lines. Then we have Talon and Dallas, who have radar. With their radar abilities, your team can tell the location of enemies on the map and strategize on how to advance.

If you’re on the defending team, nothing matters more to you than stopping the attackers from planting the bomb. You don’t need to kill all the members of the team. Simply identify the player with the bomb and go for him. Once you have killed the player and secured the bomb, you just have to wait and watch.

It’s just a matter of time before other attacking team members start arriving at the scene to retrieve the bomb. Camp with your teammates at the location and take them out, one after the other. Work smart, not hard.

At some point in the game, you need to charge out there and play aggressively, especially if you’re playing on the attacking team. Dima is one agent that will make you do this more often. However, you’ll need to stand back and be more calculative at other times.

Rogue Company’s developers did a good job providing covers at several locations in the game. Even though the game has mechanics that allow you to dodge, you’ll need covers. Adequate use of these covers will help you evade more damage.

Rogue Company’s Demolition mode is more about team play than other aspects. As a result, you and your teammates must share as much information as you can with each other. The game has a Ping feature that allows you to share your location with teammates.

The ping system has two markers – a red and a blue. The blue marker hints at your location, while the red one allows you to warn your teammates about an enemy present in a given location. Alternatively, you can use the mic to give more specific commands.

You shouldn’t take this tip for granted if you’re a player who likes camping. Rogue company has several objects strewn across the different maps you can stand on. In addition to the clearer view you get to enjoy; it’s more difficult to get hit if an enemy shoots in your direction.

Rogue Company is an enjoyable game to play. The same goes for its Demolition mode – though that’s only if you have the right information at your disposal. Go for characters whose abilities allow you to gather useful intel for your team and keep your teammates updated at all times.

If you’re on the defending team, target the player with the bomb, that’s where your victory lies. Lastly, use cover effectively, and keep to high grounds – you’ll be glad you did.