Patch 9.24 for Teamfight Tactics is upon us thanks to Riot Games. This is a large patch.  Here are the highlights:

Return to Home and Draft Buttons 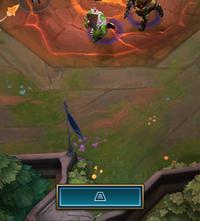 With the addition of Senna, we restructured the trait from 2/4 to 3/6 as she was making it too easy to access the top-end.

Lux should be a champion that makes you at least consider pivoting to accommodate her even if she isn’t currently a part of your gameplan. These boosts should push her in that direction.